Our fears and doubts often prevent us from asking for seemingly small changes in our lives that have a disproportionate impact.

I checked in to an Airbnb recently where I would be staying for a couple weeks. One of the first things that I noticed was that the table that was in the room seemed to be a patio table. 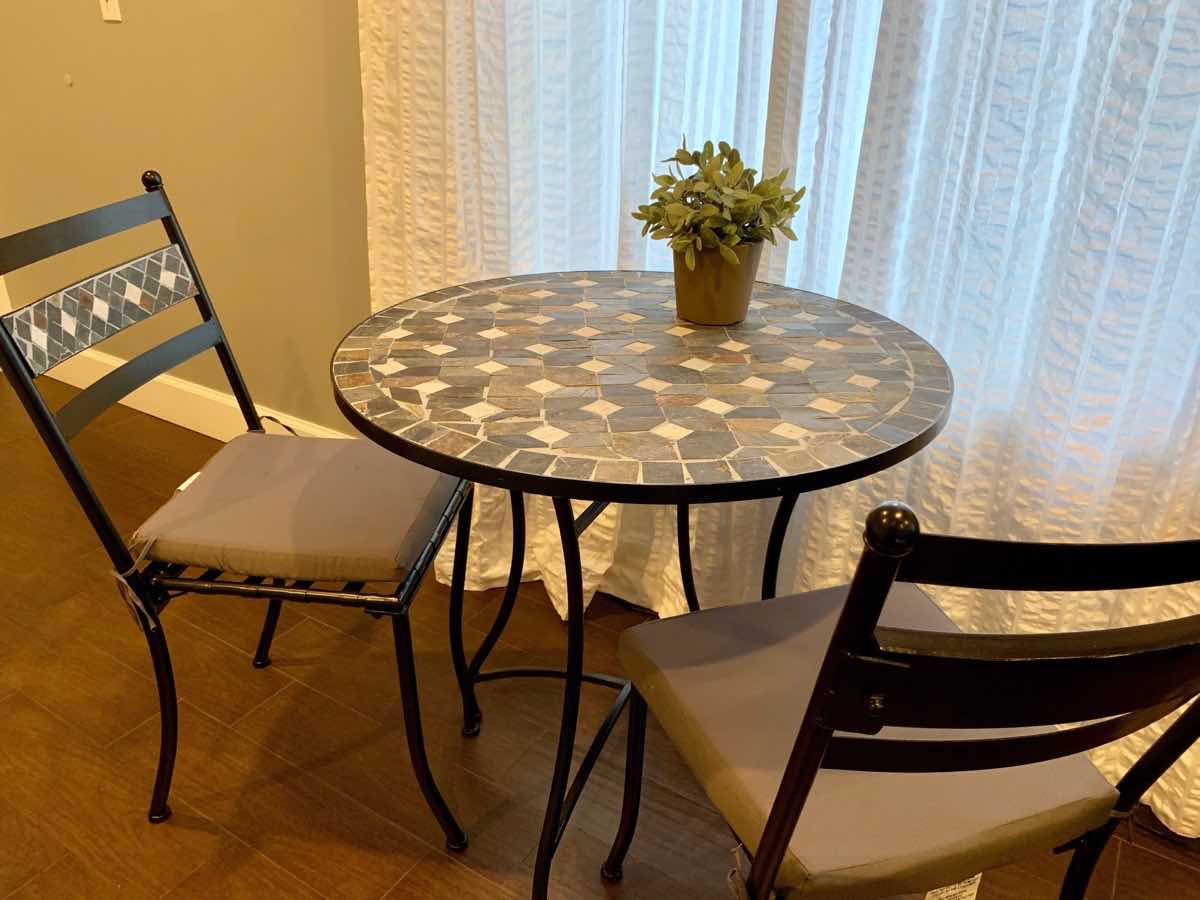 The top was something of a stone mosaic. It was beautiful, but had many sharp edges. I wasn’t in danger of being cut, but I certainly wasn’t about to put my iPad on it for any kind of drawing. I often move the iPad around, rotating it to the right angle, and I had visions of huge scratches and gashes on the back.

I called the host and left a message asking if they had a different kind of table I could have. A couple days later, I came home in the afternoon, and found a nice, large plastic table in the room. I moved it into place, and have been enjoying it since. The left chair is for meditation and study, and the right chair is for writing and sketching.

This experience made me think about how often in life I want a small adjustment, but allow fears or doubts to hold me back from making the change. Often I listen to the voices in my mind that say it won’t work, or it’s not possible, or it would be too much of an inconvenience to someone else. The truth is that it is often possible, and rarely hurts to ask. Most people are happy to improve someone else’s life, even at the cost of a small inconvenience.

So to you, reader, and to my future self, I say, have courage. Be willing to make the call and ask for the table. You never know when it might be waiting for you when you get home.

🎉
You subscribed with [email] on [date]. Thanks for joining me!
END_OF_DOCUMENT_TOKEN_TO_BE_REPLACED