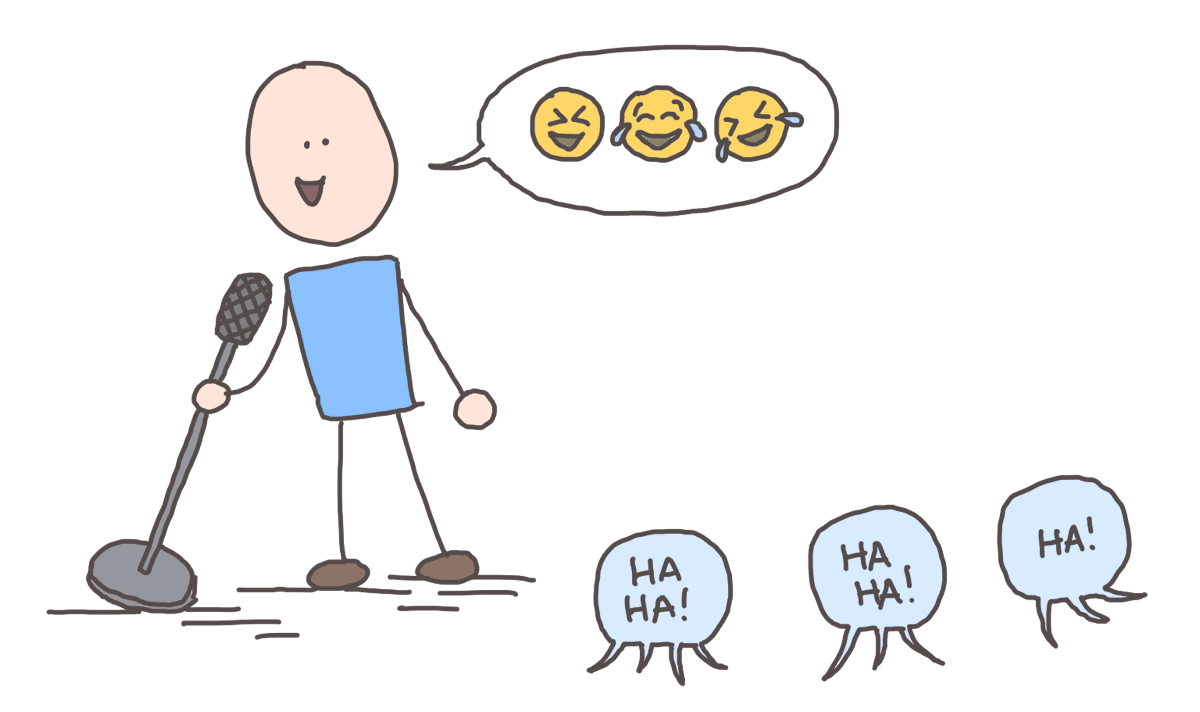 It’s ok that I’m not that funny. Just because I’ve listened to comedians on THWoD doesn’t mean I have to be one.

I’ve mentioned a few times, and will again, that my current favorite podcast is The Hilarious World of Depression. Many of the guests have been comedians and have talked about dealing with their mental health through comedy.

The more I listened to comedians grappling with their mental health, the more I thought I should become a comedian too. I even told my wife that was my new life plan—to do stand-up comedy. It seemed like the logical next step. There was only one problem.

I’m not that funny.

I can get some laughs occasionally. I teach at a programming boot camp, and I often say something that is funny enough for the students to laugh. And that feeling! When I say something that connects with people, something inside me is filled I didn’t know was empty.

At the same time, I recognize that I am not naturally funny. My wife is, however. Without much effort, she says and writes things that make people laugh. As a child, I was never particularly funny. I knew people who were, but I was never comfortable enough with myself for that kind of attention.

This doesn’t mean I won’t ever try stand-up. I’m intrigued by improv. There seem to be many associated benefits, and it is scary enough that I think I should give it a go.

The key has been coming to terms with myself as I am now and being content with that. I don’t have to reinvent myself. I also don’t need to hold myself back from exploring desires or dreams that I have. If I want to pursue comedy, I can. But I don’t have to in order to be happy with who I am. I am valuable just as I am right now.

🎉
You subscribed with [email] on [date]. Thanks for joining me!
END_OF_DOCUMENT_TOKEN_TO_BE_REPLACED