I love to write. Not the novel-creating, prize-winning kind of writing, just the act of scratching a pen across paper. Growing up as a child, I wrote all kinds of things and found that I enjoyed playing with letters. My dad is something of an artist, and I always dreamed that I would be too, but that seemed to elude me. Writing though—that was something I could do. My penmanship improved in direct proportion to the number of girls that I “fell in like” with as I wrote each one fresh new reams of notes expressing my undying, albeit fleeting, affection.

Formal education was the perfect forum to develop my love for writing. I had a different notebook for each subject, and took notes in every class. I would like to think that I also reviewed those notes at some point, but I wouldn’t swear to that. The more I had to write, the smaller my writing got, and I felt a great sense of accomplishment at using a fraction of the paper that other people used. This wasn’t due to an over-zealous eco-friendly bent, but sadly just to my pride. I got a sense of sick pleasure at the look of shock on people’s faces as they saw my notes, though their shock was probably more that someone would invest so much time and energy into something that then required even more time and energy to try and read later! 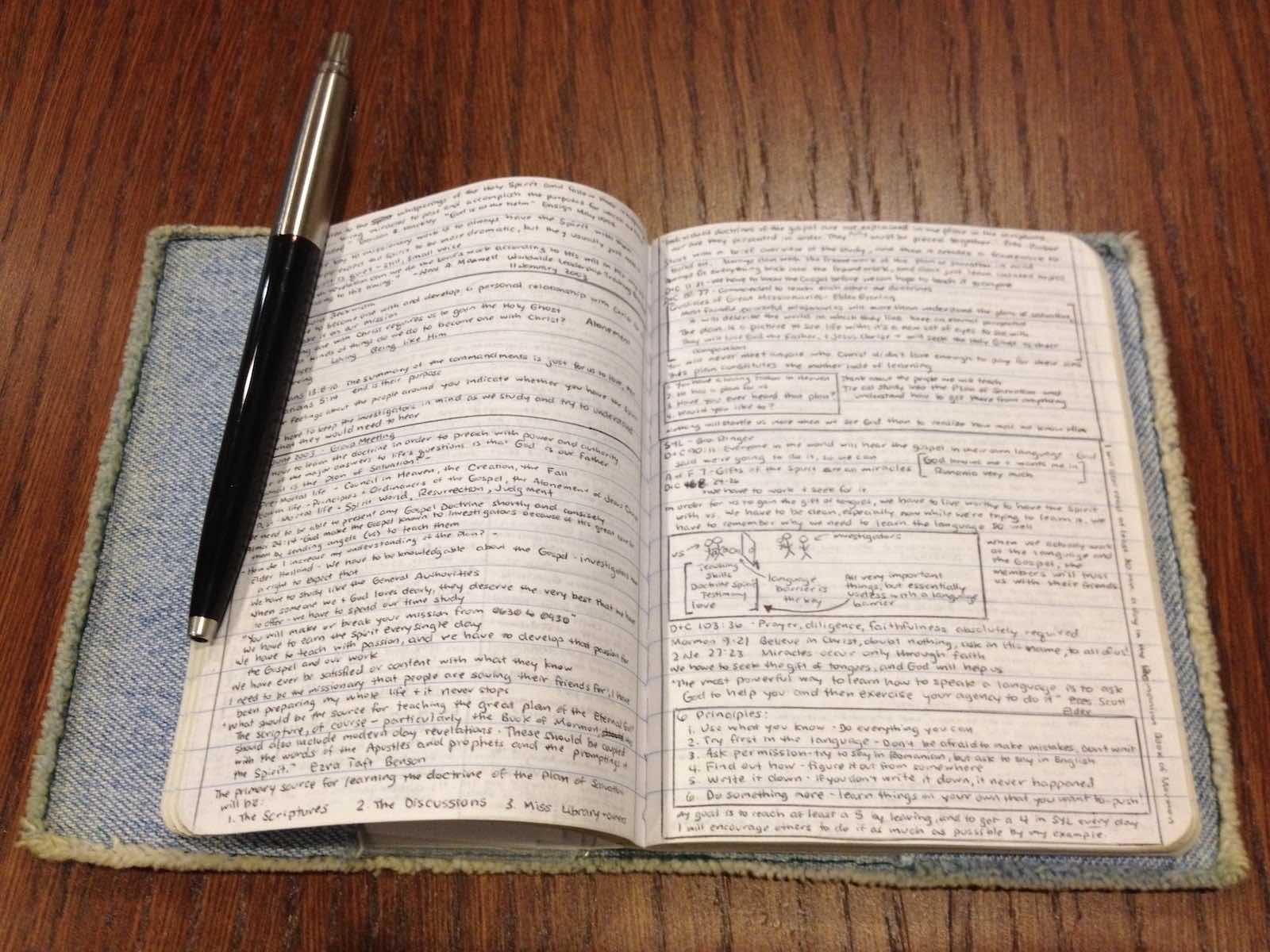 As I got to college, I started taking notes outside of classes as well. It got to be something of a guilty obsession. I carried around a pocket notebook, and recorded particularly meaningful conversations or my thoughts and impressions of lectures, talks, even Sunday School classes. This was all separate from my journal, which I also kept regularly. I created a cover for my pocket notebook to help it last longer, and used a small laminated sheet behind the paper to make sure that I had a hard surface so I could write smaller. 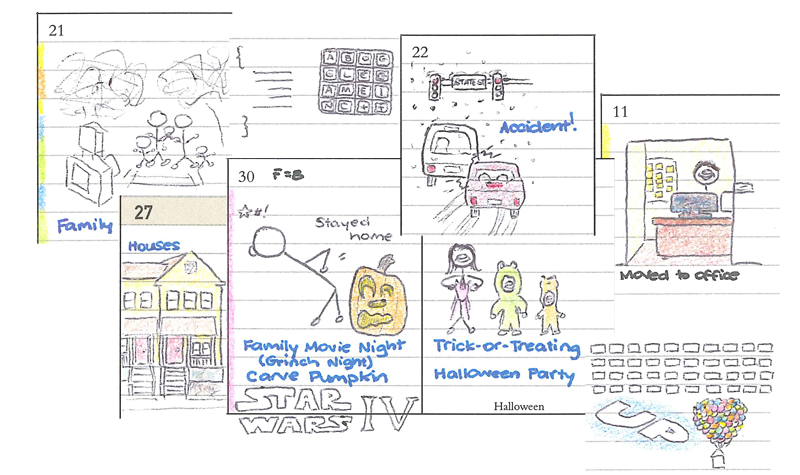 After I was married, my wife encouraged me to focus on developing my own style of stick figures or something equally simple. I began illustrating my planner with small, simple pictures and found that I loved doodling as much as writing. I graduated my pocket notebook to a small Moleskine that didn’t require my creating an additional cover, and started incorporating small doodles into my notes there as well. These became my first sketchnotes, long before I had heard that term, or knew that it was now socially acceptable. 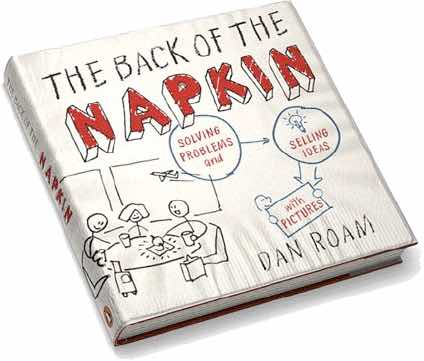 My journey was nearing its natural arrival to the blissful land of official sketchnoting. Dan Roam’s book, The Back of the Napkin, freed me to start doodling and sketching at work. If anyone laughed or asked what on earth I thought I was doing, I had a published work to cite as evidence. I began seeking out opportunities to incorporate pictures into my work, and it became the running joke on my team to guess how long it would be into a meeting before I got up to the whiteboard and starting drawing something. 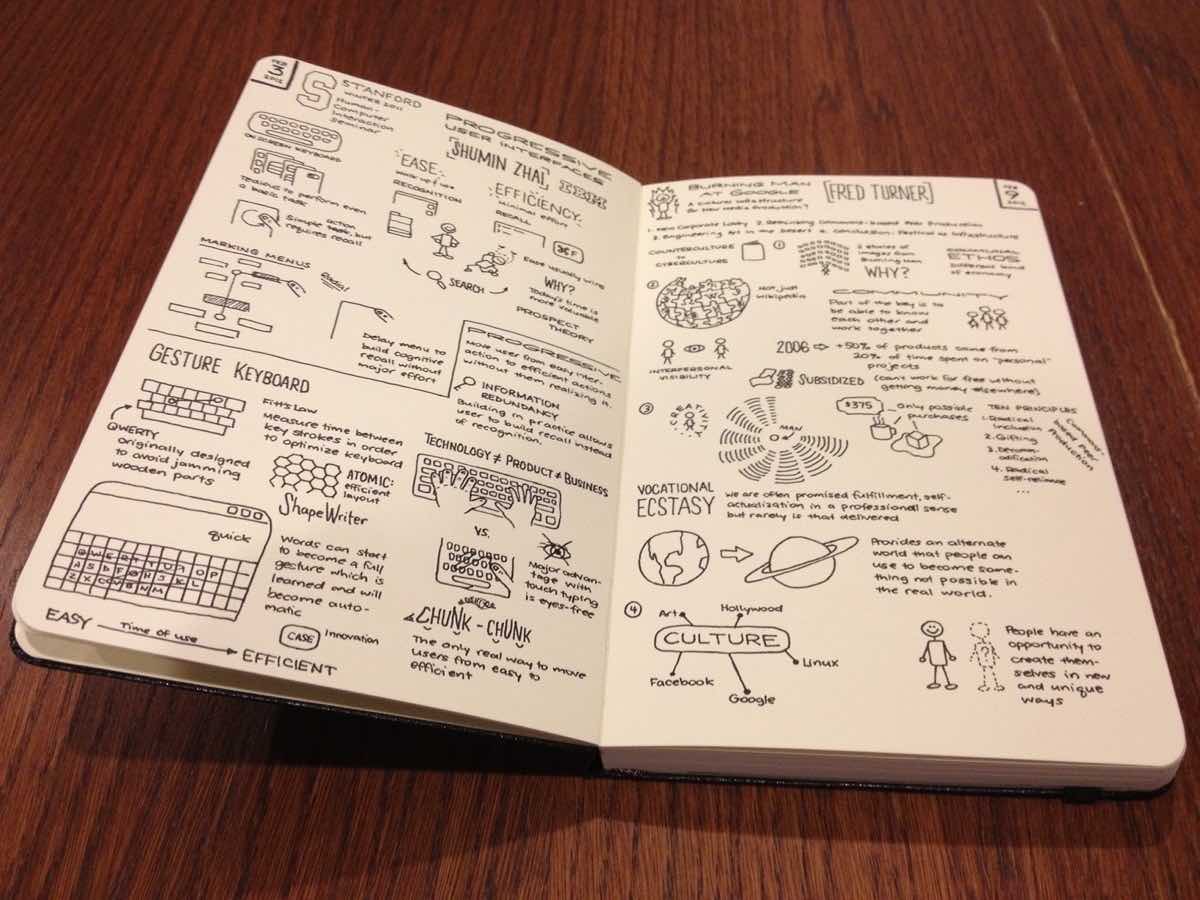 I started following Dan on Twitter and through him, I found mention of a clandestine movement called… sketchnoting. He unknowingly led me to a video of Eva-Lotta Lamm describing how she does sketchnoting, and the planets aligned. I had found my calling. Since then, I have transformed my work notebook into a sketchbook and began enjoying meetings much more. I also have a Moleskine dedicated to events that merit sketchnotes, whereas I use my other notebooks to practice with different meetings or events that I don’t actually want to capture and remember. One of my new favorite pastimes is browsing other peoples’ work on Sketchnote Army.

The remarkable thing to me has been the way that people resonate with sketchnotes. People at work ask if they can sit next to me during company meetings so that they can watch me take notes. My kids even like to look at what I have done at work because there are fun pictures. Hopefully you connect with them as well. If so, come back often and I will keep posting my latest sketchnotes. Even better, give it a try yourself!

🎉
You subscribed with [email] on [date]. Thanks for joining me!
END_OF_DOCUMENT_TOKEN_TO_BE_REPLACED