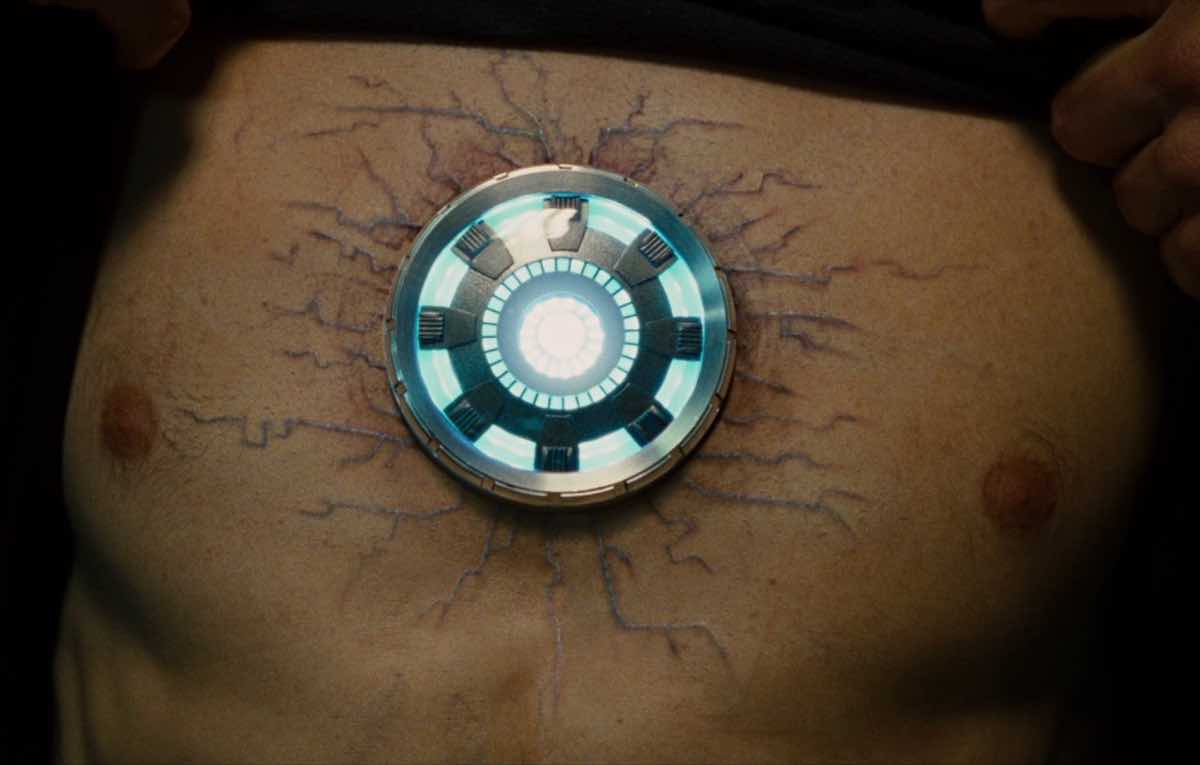 Anxiety for me is like the arc reactor, as shown in Iron Man 2. At times, it pulses and the energy it emits ebbs and flows. But it is always spreading poison throughout my body.

As I wrote about in my coming out story, I only became aware that I was affected by mental illness in the summer of 2018. One of the first physical symptoms that I noticed was a burning in my chest. I remember so clearly the day when I realized it was present. My wife had arranged for us to have a nice date together, and we went to the carnival for the night. We had a lovely evening. I had started therapy by that point, and when I realized that there was a sensation in my chest, I felt almost betrayed by it. My thinking was that because I was in therapy and I was working to make things better, I shouldn’t be feeling this now. It felt like I was doing worse than before starting therapy. I chuckled at myself with my wife, and came to the conclusion that the feeling had been in my chest for a long time, but I had learned to ignore it. I felt worse now because I was finally becoming aware of how I was actually feeling.

Since that time, I have noticed the same burning sensation come and go. In religious terms, sometimes you hear of a “burning in the bosom” which is not what I was experiencing. I struggled for a long time to find the right analogy to help me to understand the feeling I was having. Finally, I watched Iron Man 2 again, and saw the early arc reactor. In the movie, this is the device that gives Iron Man his power, but it is also killing him as he uses it because it is spreading poison throughout his body. It hit me that this was nearly the exact way in which I experienced anxiety. The analogy breaks down if taken too far, with the most glaring discrepancy being that I do not believe I derive my power from my anxiety.

Having a mental image to associate with the feeling that was sitting in my chest made it a little less scary. Instead of having a small monster inside my chest writhing and clawing to get out, there was just a small, powerful disc of energy. The disc would glow and pulsate at times, and the feeling would be stronger, and at other times it would lie dormant. But since I noticed it that day in the carnival, there has not been a single day without it.

The poisonous aspect resonated with me as well. When the arc reactor is powered up and emitting energy the most strongly, it is causing physical harm and side effects. The same thing happens for me. When my anxiety flares up, it often has immediate physical symptoms. I will write more about the most of extreme of those separately in How physical panic attacks feel. But long before the panic strikes, my body is noticeably affected. My heart starts to race, and my breath gets more shallow, as if my chest is not capable of expanding fully. My judgment begins to be impaired, and my temper shortens. Sounds startle me much more easily. Patience wanes, and I feel as if I am losing some control of my executive functions. In many ways, this is easy to understand or explain, especially after listing a number of the symptoms. This is what happens when your brain gets in a fight-or-flight mindset, which is exactly what is happening. I am being flooded with adrenaline, and responding to threats that I perceive.

Learning to live with this anxiety reactor is remarkably similar to Tony Stark’s work. Left unchecked, this is going to cause serious damage to me and my life. In Tony’s case, he had to invent a completely new element to create another model of the arc reactor. I am unlikely to build a centrifuge in my basement and synthesize an element, but I am finding ways to adjust the arc reactor with which I will keep living. One of the reasons that my brain goes into fight-or-flight is that I have often taken steps to soothe my brain and address the threat, which strengthens the perceived reality of the threat. I am learning to notice the pulsing of the arc reactor, and instead of firing up my hand cannons, just breathe and acknowledge it.

Essentially, I am seeking to downgrade the model. I want a less powerful arc reactor. I do not think that I will ever be completely without one. But I am hopeful that I will learn to live with it more peacefully and calmly.

🎉
You subscribed with [email] on [date]. Thanks for joining me!
END_OF_DOCUMENT_TOKEN_TO_BE_REPLACED