After a week off, I share about loss of insight in a therapy session, a delightful sailing trip, and working to restrain crippling perfectionism.

The hard thing that I want to share this week was not all that hard for me. But I was witness to something hard, and it affected me.

A couple months ago, I had a special experience I wrote about in update #76: Therapist therapy. 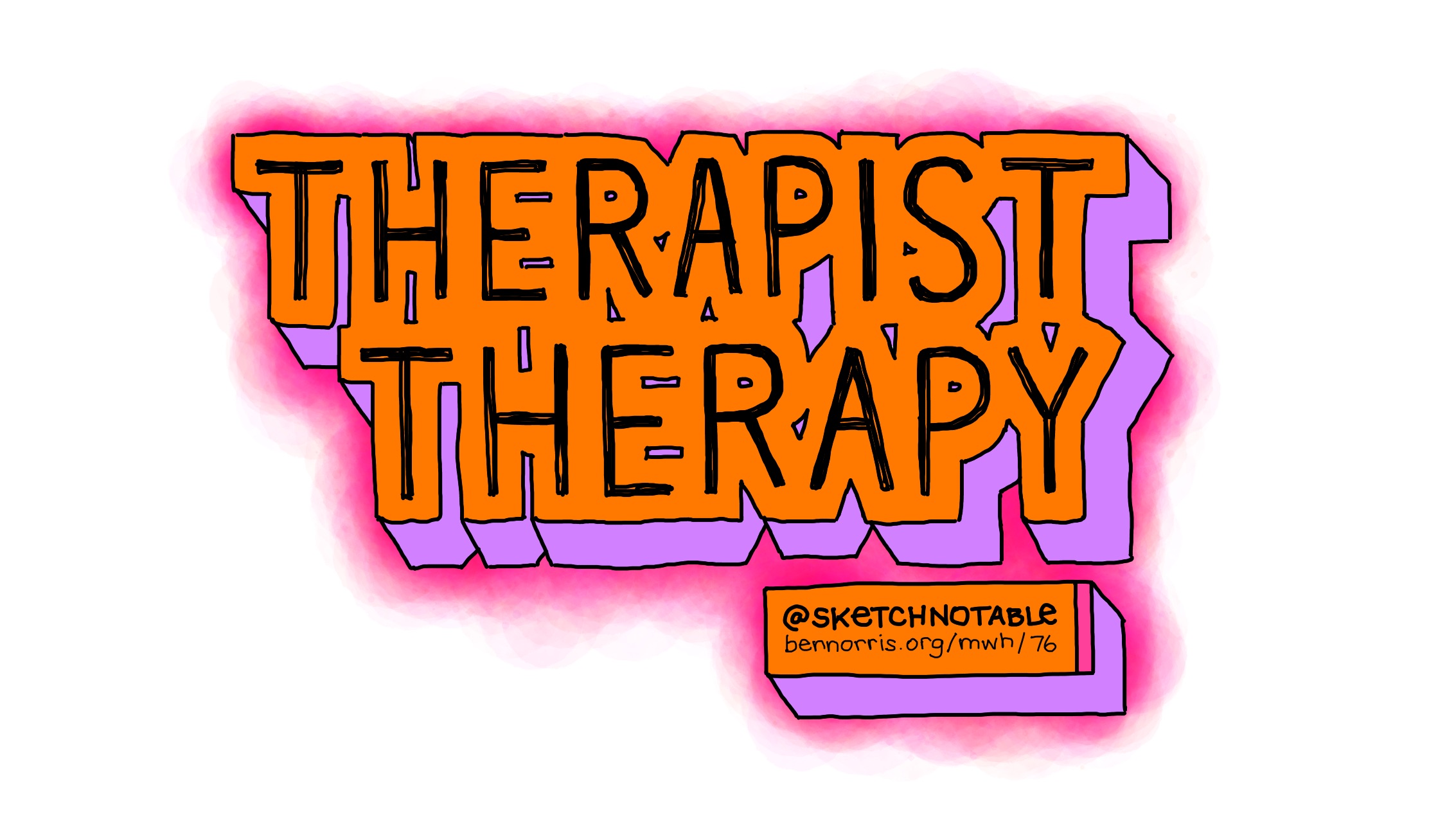 In my therapy session a couple weeks ago, I had another similar experience. We probably should have canceled the session, but my therapist felt bad at making me reschedule a couple times for a trip she had to take, and we tried to push through it.

She was exhausted and drained from a few hard days without enough sleep. She commented that she didn’t know why she felt so horrible, and I replied that it seemed perfectly logical and reasonable to me. We talked about how OCD manifests, and how insight is one of the first things we lose. Of course she would feel off after extending herself so far.

A fascinating phenomenon occurred as we spoke.

When my therapist would say something, in my mind, I would hear myself saying that same thing, almost like a memory of a past session. Then I would hear her answer to me in my mind, and I would speak those words out loud. And they turned out to be impactful and helpful.

This highlighted something that my therapist has tried to describe to me in the past. After developing a good enough relationship with a therapist, sometimes all that is needed is a mental conversation. I will hear her replies because I know what she is going to say. Most of the time, I already know what I need to do in order to improve a situation—I’ve just lost insight in the moment.

The reason this update is a week late is that I spent all last week sailing on a ship with my second daughter and thirty other teenagers and leaders. We had an amazing trip, which was made even better by the role that I had.

A couple months ago, we saw that a local homeschool co-op had organized a sailing trip and still had some availability. They said that priority would be given to students if a parent could come as a chaperone and drive a 12- or 15-passenger van. As soon as I heard about it, I jumped on it and we applied.

I have always wanted to be a sailor. Not in the Navy so much, but on a real ship with sails and rigging and everything.

The trip was organized through the Los Angeles Maritime Institute, and our ship was a 110-foot wooden brigantine. It was perfect.

We met at 5am Monday morning in Provo, Utah, loaded up, and drove off. I had nine kids in my van, ages 13-15, which meant it was loud at times. They did sleep the first little bit, which was nice. I caught up on my podcasts1 and started an audiobook2, and generally enjoyed not being talked to. We only stopped twice between Provo and Los Angeles—we drove for four hours, then got gas and let the kids get food, then another four hours with the same kind of stop, and then two hours later we were there.

I told my wife I would be happy to take a road trip anytime, anywhere, if that’s how we traveled. Our family crew of teenagers to toddlers do not make it that long with so few stops.

During the week, we slept in bunks, and the kids learned and participated in sailing the ship. We sailed out to Catalina Island, and did all sorts of activities. There was sea-life exploration, hiking, snorkeling, ocean swimming, barbecuing, kayaking, jumping off the ship, racing an obstacle course, and more.

Since I was one of four chaperones, and the ship had a full crew of eight to run the activities for the kids, I was mostly just there for support. We took away the kids’ devices, so my roles were driver and photographer. It was wonderful! I took a couple naps, read three books3, and generally enjoyed the ocean.

I was still exhausted when we came home, but it was nice to have so little responsibility for the week.

Over the past couple months, I have shared some of my professional journey to becoming an independent contractor. A few weeks ago, I realized that I had already started and didn’t need to wait anymore.

As I have worked on a few different contracts, it is becoming more and more real to me. I spent some time improving my business website to explain more of what I can do. Essentially, I needed to create something of a digital billboard that I can send out to hopefully find new business. I’d love to hear any thoughts you have on my site, and how it could improve. You can check it out at bsn.design.

One of the difficulties in this process for me has been restraint. Partly due to my OCD and perfectionism, I am never satisfied with what I have done. I always know it could be better. But I also know that I will never find success if I am waiting for perfection.

I have been able to push myself to accept things that aren’t exactly as I want them to be.

And then to move on. That’s often the hard part.

However your week has gone, I hope that you have been able to find some time to relax and recharge. Often, we have to carve those out even in larger blocks that are draining and we still end up exhausted. But when we create space, we can restore insight and improve our ability to move forward. We can do this.

🎉
You subscribed with [email] on [date]. Thanks for joining me!
END_OF_DOCUMENT_TOKEN_TO_BE_REPLACED